We are indeed an anomaly.

That is what they will say about us. By us I mean those alive right now in the early twenty-first century. 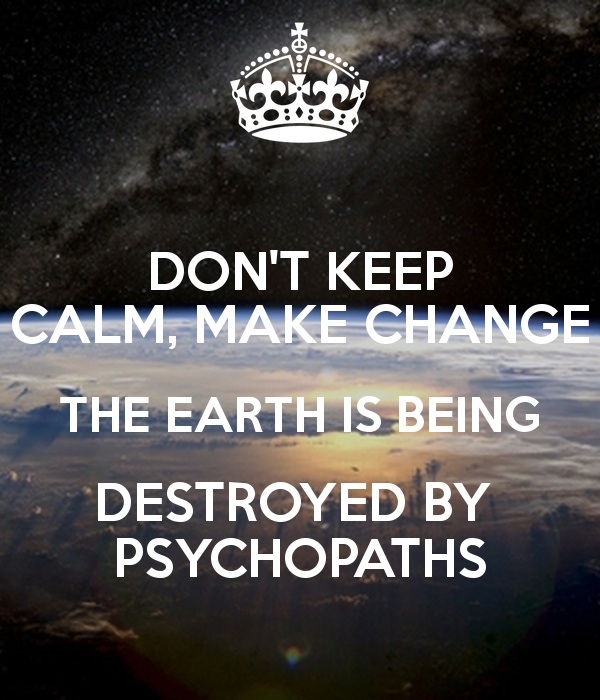 When we talk about the environmental havoc humans have played with the planet, we have a tendency to say “it was the time” – in the Fifties they didn’t know any better, like they didn’t know that corporal punishment or locking up unmarried mother was barbaric or smoking, or lead, or asbestos was bad for your health, or that it was worth preserving national monuments for posterity.

They let the thylacine, or Tasmanian tiger die in the 1930s because they weren’t aware there were no more left in the wild, and captive breeding programs were unheard of.

The Alhambra in Andalucia, now a huge tourist attraction, was let go to rack and ruin until the eighties. The walls of Pamplona were torn down in grand part in the early part of the twentieth century to extend the city, and now what remains is the town’s main attraction outside of San Fermines. An application as a Unesco site was denied in the eighties because the walls weren’t complete.

But they didn’t know any better then. Not like we do now.

Now we’d never destroy a piece of patrimony, an example of our heritage. Except Isis, the mad bastards.

But we still do.

The wooden road discovered in Ireland which is a millennium older than any Roman roads and which is right now being shredded for sale as peat moss is just an example. The people in control just don’t give a fuck, simple as that. Same now as it ever was.

We hear about the dangers of cigarette smoking and asbestos and lead all the time. The companies peddling or using them knew a hell of a lot longer than the general public, though. However, they’d never endanger public health with those things now.

They still use asbestos in developing countries to build houses. They still sell cigarettes to people and pressurise, or sue, governments to allow them do so in the way they want. A look at the headlines tells us all we need to know about what they think about saving money to keep kids away from being poisoned by lead in their environment.

Despite the horror show awaiting us at the hands of global warming, companies like VW and Exxon keep on trucking the same way they want to and fuck us and our flimsy attempts to use the law to keep us safe.

It seems we humans are intent on keeping on destroying things until they’re gone. Then we will try to rebuild the treasure we have ruined, like they rebuilt the Liceu opera house in Barcelona when it burnt down. Hey, there’s money in construction… like there’s money in war. Better build up Miami Beach than slow down the submerging…

Easier to rebuild the walls of Pamplona, or of Rome, than the kind of treasures we are letting die out around us. A Tasmanian tiger is a loss, but so much more is the Sumatran, the Siberian, the Bengal.

They call it business as usual. But it’s not. It’s only been like that for a very short time. And it will only last a little bit more, no matter what we do in the next few years and decades. It’s only a blip on human history, never mind geological time.

Afterward, when we all – what’s left of us – will live a very different kind of life; one more in tune with the planet, more in line with its resources.

The great pity – though only one of the pities – is that if we went now towards the way we must all live, it would be so much easier, so much better for us and the world around us.

Like getting by without asbestos is better than having to remove it, and preventing illness is better than paying the healthcare costs of those affected, or letting them die, as many are.

This radio show about life expectancy says that of American Whites is declining, and that of Hispanics much higher than expected simply because of the difference in smoking rates between these two groups. John Oliver’s very informative and funny show about lead says that every dollar spent in lead abatement brings back seventeen in savings of special education, healthcare and crime effects of lead poisoning.

Think of how much better things would have been if those bastards running those lobbies didn’t do their jobs so well and we had stopped using them way back when they figured out they were dangerous.

I know it sounds pessimistic, but I really think we’ll be living very different lives sooner than we think. We won’t be driving the cars we are now for one. We will all go to solar electricity and drive cars that don’t contaminate. It’s the only way forward, because of what economists pretend we don’t know – that finite resources thingy.

Most of these vehicles will go a little slower than your average Audi. And that’s okay. I mean, why do we need to have cars now that can go so fast? It’s not as if they can do that on city streets more accelerate to the next red light. Why do we need cars that can go double the speed limit so smoothly that we hardly notice we’re endangering ourselves and others and are surprised when we get the speeding ticket? We’ve seen that they can’t do this without producing a shit load of pollution, and so called efficiency in engines has been mere illegal IT trickery and pollution control fraud (for which I can’t see anyone in jail yet).

So why not start now? Why not stop making cars which are so fast? Especially since it seems basically impossible to make them both fast and as efficient as they are legally supposed to.

What’s the point in one generation having the experience of super gas guzzling cars – which never see their full potential on our roads –  when every other generation in the future will have to get by with a the equivalent of a Prius?

If we don’t stop this short aberration of extreme greed – for we’re all greedy, but usually our peers slap us around the head and tell us to get a grip on ourselves when we go too far. This has not unfortunately happened to CEOs and hedge fund managers yet (who sometimes get billions of dollars a year – I mean, like, what the actual fuck? They could pay for lead abatement out of their back pockets, they could fucking buy Sumatra to make a tiger reserve…) Unless we slap the hands of those holding the reins, we’re liable to ruin the little wonder we have left around us in this anomaly of idiocy.

People post quaint photos on social media and ask if you could stay in a cabin in the woods and live a simple life. Many say no. Not me. I’d love it. But even I would say no if there was no woods around the cabin. That’s the simplified future we could be facing, though.