A blogpost in place of a poem

I lost a friend the other day, died of cancer, the way many do, after a decade or more living with the disease in varied bouts of beating and being beaten.

I often write a poem when someone important dies. This time no words came out of the void in a shape that made me think it should be a poem.

Perhaps it was because I found out the news over the internet – one of the few positive points about some social media sites that at least some use it for good, if sad actions. Many of his friends found out the same way. At the time I was in work, teaching in a school where nobody knows nor knew Tamir Teichman. As I found out when my grandmother died while I was in Boston, school kids don’t need to know about what’s going on behind the smile when you greet them in the classroom. The show goes on. So I’d little time to digest the news and let my memories return the way it would be needed to write a poem.

I worked with Tamir for several years when I lived in Boston. We were two of three people in the CHS science dept., along with Anna Power, who’d been Tamir’s student teacher. They taught chemistry and physics, while I taught biology. We had three classes in a row, mine in the middle, joined by interior doors. We went in and out of one another’s class all the time, often leaving the doors open if one of us needed to use the bathroom. He made reagents for my experiments when I ran out, and was a great colleague. He was also a great teacher, who taught me a lot, and I hope in my own career some of what I learned from him has stuck and been transmitted to my own classroom.  He never varied in his frank and honest approach to his classes and the students. He was the same person in the classroom and out. His methods sometimes clashed with the administration’s views of how classrooms should be run, especially those of a new headmaster who after a couple of years fired Tamir – the laws in America are not usually much help to employees. The union had been ousted before I started in CHS and we had a right to work agreement in place of a contract.  Tamir saw the writing on the wall, but never changed the way he went about things. As far as the students are concerned, his way was clearly the right way to do things, as his friends could see on social media when a huge number of people declared he was the best teacher they’d ever had.

He was one of the best colleagues I ever had, I can tell you. And one of the best friends. We spent a lot of time together during the seven years I lived there, from going out for drinks on Fridays with the other teachers, to cycling along the Charles River on Saturdays, to a road trip we took in a U-Haul truck, taking some of his mother’s antique furniture from storage down in Boca Raton up to Brookline – a trip from Miami to Maine, all told. Living in rental accommodation, I was delighted to help him out in his garden, doing a little bit of landscaping in his house and the summer camp his family have on the shores of one of the lakes of Maine, where he’d invited me and my wife and we’d take in the wildlife and the silence. I’ve experienced fewer more peaceful places in the world – even in Wicklow the wind is always in your ears!

Tamir on the open road

Tamir and my wife out on the lake

A dedicated environmentalist, he saved everything, from school materials to bike parts. One of his, and my, great disappointments was to see the old vintage benches of the labs torn up and thrown out rather than taken by an antiques dealer – it would have made an amazing pub bar. Before he left CHS, we donated lots of old chemicals and materials to one of my former student teachers who’d started in a charter school that needed stuff (in America, many schools rely on charity to do the best they can for their kids). He taught me how to cool a house at night and keep the heat out during the day, and for drinking glasses he used really lovely old jam jars to serve freshly squeezed orange juice in the humid summer.

He died after a long illness, which though debilitating at times never stopped him from his work as athletic coach, nor slowed him down on a bike ride – he outpaced me easily. He’d left another school since then, and was working in a less stressful job when I last talked to him.

Our last bike ride along the Charles.

His mother had moved in with him, but she’d died just recently, coincidentally, or perhaps not. He was single, with two siblings living overseas and their children, two aged aunts and some cousins. 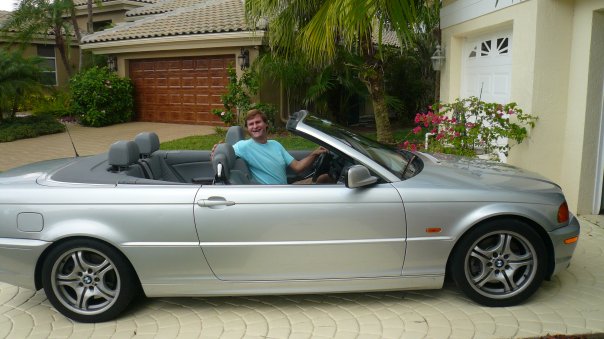 Yet he leaves many, many mourning his passing. He leaves a multitude of memories among his friends and colleagues, and he has made a significant mark on the lives of his students. They will keep him alive. His actions have their ripples though the times to come, having helped form adults who will work to make this world, their world, a better place than the way it was when they were thrown it.

Whatever your view on the afterlife –I’ve no idea of Tamir’s, since we never talked much about religion, other than about his family’s history of having survived the Holocaust – one thing I’ve learned from this sad episode is that your actions during life will reflect on what happens when you die. Perhaps you’ll have a lot of kids to attend your funeral, have family to pray for your passage through purgatory and onto the pearly gates. Maybe you won’t. Yet even if you don’t, never think that your life hasn’t touched someone, that someone won’t mourn your absence, won’t think wistfully of the time you smiled at them, offered help, extended a hand, said a kindly word, gave your honest opinion and made them ponder, wonder, reconsider, feel some emotion.

As I said on social media, mostly directed at my (our) former students who knew Tamir, nobody dies who lives on in memories. Tamir will never be lost from the thoughts of those who knew him. His positive energy will reverberate though our worlds.

Sometimes when a person dies, we say, well, thank god they’re gone. Think of Margaret Thatcher…. I’ve experienced a few of those thoughts. There are some people who are just arseholes. Even children and grandkids can be glad to get shut of their elderly parents and grandparents, truth be told.

Other times, after the sadness comes a smile, a contentedness, a (cold) comfort, that at least you had the privilege to meet that man, to know that woman.

That’s what I feel now, a few days later. I know my life has been enriched for knowing Tamir and hanging out with him.

I only hope a little of his teaching style rubbed off on me, and that when I die, some at least will say something similar of me.

Comments Off on A blogpost in place of a poem