Spanish Society and the “Examples” Set by those on the Telly

Perhaps it’s just me, but I feel like there are so things that need to be called out. Some might say it’s all just fun, but what kind of fun? The fun that makes fun of the weak, the fat, the gay; is that funny?

Spain is famous for being tolerant of the gay community, making gay marriage legal a decade ago. Almodovar made movies in the 80s and 90s that other countries wouldn’t have dreamed of putting out – at least the one I was in then.

But at the same time, there are lingering elements of chauvinistic movies of the 70s, where girls in bikinis were ogled by old men in tweed and cloth caps. And of stuff I for one just don’t want to see.

Two recent examples of, to me, unacceptable behaviour have been brushed aside by most people I’ve talked to, as just a bit of a laugh, not to be thought of as serious.

The biggest box office draw of the history of Spanish film industry – Ocho Apellidos Vascos, or “Eight Basque Surnames,” was on the telly the other week. I’d seen it in the cinema and had forgotten one of the things I hated about it.

In the first scene, a girl who’s a little drunk and verbally abusive is manhandled out of a bar while her girlfriends and the rest of the clientele look on as if that’s perfectly okay. Her friends don’t even follow her outside. Instead, she snogs the guy who dragged her out and ends up sleeping in his house (they fall in love at the end of the movie, so that’s okay…). John Wayne would have been happy in that role back in the fifties.

However, in my worldview, you just don’t fucking do that. 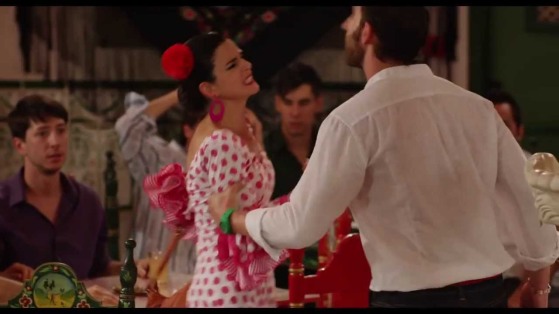 The trailer of Ocho Apellidos Vascos, (https://www.youtube.com/watch?v=YfopzNHLp4o#t=15 ) Watch from 8 to 14 seconds and ask yourself it these two would end up in bed or in court.

I’m writing and editing the second and third novels in my werewolf trilogy Silver Nights Trilogy, and the characters, though one female character calls them the poster boys for chauvinism, wouldn’t dream of manhandling a girl like that – unless she specifically requested it because she liked it.

And however funny the film might have been after that, it doesn’t make it okay. Not in a country with such a huge problem of violence against women, with hundreds killed every year by their current and ex-partners. 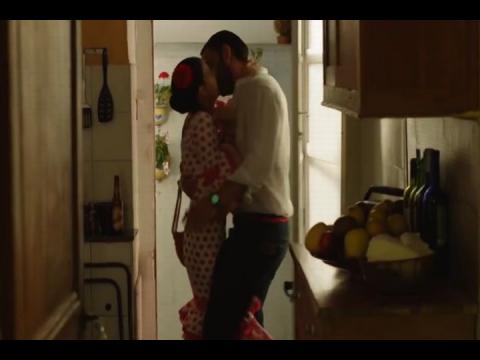 The other example was just yesterday when we saw on the television, scenes of the president of the country on a football commentary show with his son, who seemed around twelve. It’s hard to his age exactly, say as minors aren’t allowed to be shown in that situation (where his parent is famous), so he was pixilated out. In the photo below, which I didn’t see till just posting this, he looks around ten or twelve.

What wasn’t pixilated out, however, was his dad slapping him twice across the head for giving a truthful answer about the quality of some video game, saying he thought it was rubbish. The blows weren’t hard, but instead of giving him a nudge on the shoulder or a light poke with a finger in the ribs, a slap to the head is a completely unacceptable thing to do, much less on national television, much much less by the supposed president (I say supposed, because he does fuck all, really – he says he can’t find time to be present in the pre-election debates, but admits he watches two or three football matches every weekend).

More than a year ago I wrote a blogpost about Jeremy Clarkson and dumping sheep carcasses, and I said we don’t to that shit any more – animal cruelty and racist comments are unacceptable, and give that another order of magnitude when it comes to dragging girls around and slapping kids around the head. If Jeremy Clarkson did it we’d be upset, but not so surprised (well, I am not actually surprised Rajoy slaps his kids; I am surprised, still, that such a guy ever got to be the leader of a country). 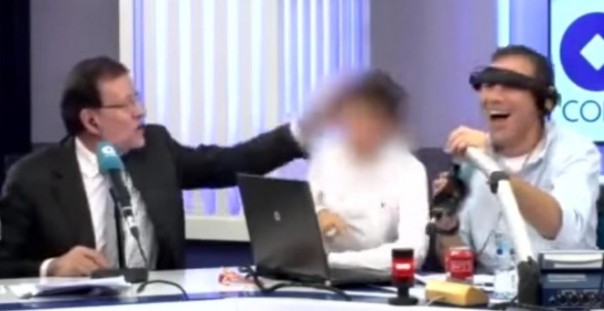 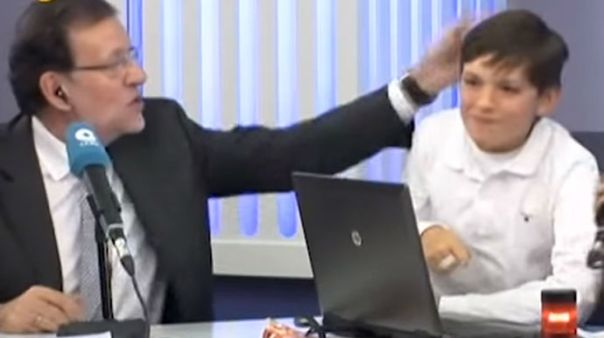 We all know that abuse victims go on to abuse others. Many of the aggressors against women were abused themselves as kids. I’m not saying that the son of the president is going to become an abuser, but it sends a signal to the country that it’s perfectly okay to give your kid a slap if you don’t like what he says. And there will be many who will put a bit more force into their slaps, and give a few more than two.

How do we propose to make a less violent society if we allow such incidents to go unquestioned, and uncriticised?

Perhaps I’m over reacting. Spain is paradoxically a fairly peaceful place – though I have to shout more in my school classes to be heard, and asking politely doesn’t get half the speed of reaction that a stern rebuke does, I don’t see the same number of fights and brawls that I used to see in Ireland. When a German newspaper article praised the Irish football fans for being a bright spot in the European games next summer, as they are so jovial and peaceful, I asked myself where those self same football fans are on a Saturday night on O’Connell Street.

It’s possible the chauvinism and abuse people see on the telly doesn’t translate to the street, but I don’t think we should have to hope that.