Interview with Jeff Gardiner, Author of Treading on Dreams and Igboland 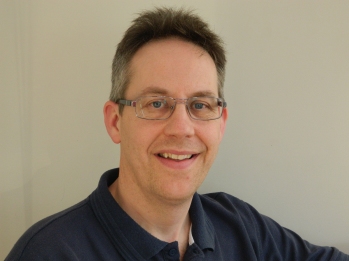 First off, welcome Jeff! This is my first author interview on my blog, so thanks a million for coming by. I hope my questions are not too run of the mill for you: I’d hate to be that interviewer who the Hollywood star gets mad at because he’s been asked the same questions a million times!

You’re a fairly prolific writer, working in a lot of different genres, including speculative fiction, fantasy, the occult… What is your favourite genre to write, and what made you turn around and write a novel like Igboland (published by Crooked Cat Books)? I know it was based on your parents’ experience, but was there something specific that gave you the impetus to tell that story now, after all these years?

This is the novel I always wanted to write. It’s been brewing for a long time, but I wanted to do it justice. I’m very proud of Igboland (not that I’m not proud of my other books) because it is very personal. I began it when I felt I could finally do justice to the subject matter. The research into Igbo culture and beliefs took some time, and I was always nervous about getting something wrong, or of writing something unintentionally insulting. I really do have this sentimental feeling that Nigeria is my spiritual home. Maybe it is only now that I have ‘come of age’. I hope that doesn’t sound pretentious.

Not at all. Many people only find their spiritual home after visiting somewhere very different to the place they were born and raised and lived their whole life.

You have some wonderful photos on your blog of you and your parents in Jos, Nigeria. Can you just give us a short overview of what happened during the Biafran war (for those of us who are a little too young to know much about it) and whether that forced your parents, and other whites out?

My parents actually had a wonderful and positive time out there. They were evacuated at one point to Jos, and the war affected things like post/mail, plus access to certain foods and necessities. Whilst some individuals did make political comments, they never encountered anti-white feelings directly, unlike Lydia and Clem in Igboland whose experience was similar to some records from missionaries at that time. The Biafran War began with military coups and a number of changes in government in Nigeria. Very generally, the northern regions were dominated by Muslim caliphates (Nigeria is still divided into hundreds of different tribes and languages). The southeast is made up of many tribes, the largest of which being the Igbos (pronounced ‘Eebo’). Igbos were chased out of the north, creating millions of refugees, fleeing south. It was often referred to in news reports as ‘ethnic cleansing’. Civil war ensued with lots of bombing and pogroms, that involved killing, looting and worse. The Igbos became keen to have their own independent state called Biafra, which roughly covered the old geographical area of Igboland. The Nigerian federal government refused to recognise Biafra and conflict intensified. The British government supported the federal government (there was definitely oil, money and corruption involved here, but we might never know the full truth of it). By the end of the war millions died. In my novel, Grace is an Igbo lady who suffers terribly and is typical of the many people left homeless by the civil war.

I read just the other day that there are terrible civil conflicts currently rocking Nigeria, with atrocities like the killing of schoolchildren and mass kidnapping taking place. I know that Nigeria is a big country, but do you know if these independence movements are occurring near where you lived as a child, and if so, are they related to, perhaps a left-over of what happened in the sixties?

An Islamic jihadist group called Boko Haram claim responsibility for much of the bombing in the cities. Their big claim is that ‘Western education is sinful’ and they want to bring in strict sharia law to stop the ‘westernisation’ of Nigeria. Most of this is happening in the built up areas, particularly the capital Abuja, all north of Igboland.

I’m sure that’s some small comfort at least.

You say that there were people in the area at the time that had never seen a white person. Are there many whites there now, do you know, or have they left?

My parents met people who had never seen white skin before. I would imagine there are still many bush villages where white folk are not seen very often. Many of the churches, schools and hospitals set up by missionaries are now run by Nigerians themselves and there is a greater sense of independence. Nigeria gets a bad press, with tales of bombings, corruption and military coups, but many Nigerians are successful in sport, the arts and in business. It is sometimes said that Nigerians are more successful after leaving their home country.

They say the same about thing about the Irish. I hope that in my case it comes true!

Your father helped run the local school, while your mother ran a small dispensary to help with minor ailments. Nowadays, do they have a better educational and medical service in place? Do they still rely on outside help?

They are much more independent now, although my parents have stayed in touch with some of the families they befriended, and one family has relied on my parents and various churches to help them raise money to build and equip a maternity clinic in their town. That is still an on-going project.

We know that Nigeria has a huge wealth of resources, most notably oil. Do you think these riches have been a boon to the Igbo people?

No, I think it has been a boon to the federal government, and the Igbo people have been marginalised. Sadly, it is probably what creates the desire to fight, in the end. It’s the same old story. Money is power. Nigeria is considered the capital of corruption. We’ve all had that email from the Bank of Nigeria guaranteeing you millions of pounds.

Yes. One of the reasons for the bad press, sadly.

In the novel, the heroine has a culture shock living in an African bush village. Do you think a visitor today would have the same sense of culture shock?

Probably not so much in the cities, but life in the bush is still very traditional in places. Living so simply would shock any westerner. We take our wealth for granted and whinge about not having enough choice, or get angry when our computer crashes. I think some people would still be shocked that others live with virtually nothing.

Very true. We get angry when facebook puts our news feed in the wrong order!

In terms of how they live today, are the Igbo people still as close to nature as they must have been then?

Odinani is the name for Igbo beliefs. Their view of God (Chukwu) is one of great reverence, and much of their intercession is done through Ani, who we would call Mother Earth. This respect for nature would be considered ‘hippy’ or ‘green’ in the UK, but the idea that we love our world, which gives life to us, is inordinately sensible and very logical.

You probably have few memories of your time there. Are there any mentions of local wildlife in your mother’s diaries? Any story of an encounter that might have been notable – did they eat bush meat for example?

My Dad ate rat meat quite often, when visiting different villages. Usually it was unidentifiable meat made into a stew with lots of pepper and spice in it. He always thought it best not to ask. They encountered wild cats, some snakes, scorpions and lots of mosquitoes! My favourite wildlife tale from my parents involves driver ants, which I have adapted in Igboland, so you’ll have to read the book for more details.

Have you ever been back since? How did it feel? Do you have a Nigerian Passport? Would you ever consider living in Africa?

No, I’m British, with British parents. I haven’t been back, but it’s not out of the question. My birth certificate has columns on it for father and mother’s tribe.

Finally, your other novel just out – two in one month, that’s pretty impressive! – is called Treading on Dreams (published by Tirgearr Publishing). This is a more psychological novel with a very contemporary setting compared to Igboland. How do you think the inner turmoil experienced by the protagonist due to his unrequited love compares to the “outside” stresses from culture shock and civil strife? Are they comparable? Can the former be just as devastating to a person as the latter? 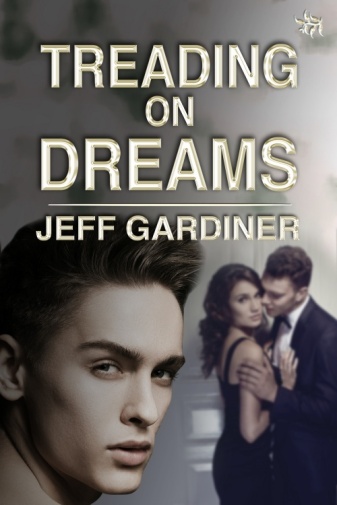 Certainly – for that individual. It’s all relative, but whatever trauma you experience is important and profound to you. You can argue that some people are dealt a harsher hand and this helps put your own woes into perspective. Donny in Treading On Dreams suffers a breakdown. He is obsessed with housemate, Selena, who tells him she ‘just wants to be friends’. Being sensitive but determined soul he won’t take no for an answer and begins to believe, only to have all his dreams crushed. Unrequited love is something that many of us can relate to. When you’re in it it’s hard to see any happy ending, and it makes people do very strange things. In this novel, Donny does a great deal of growing up, experiencing some hedonistic pleasures on the way!

We all love reading about hedonistic pleasures, even if in our own life we’d prefer to be more logical and self-controlled!

Thanks a million Jeff, for stopping by! It’s been very informative – for me at least! Best of luck with the two novels, and I can’t wait to see what genre your next novel will be in!

You can read more about Jeff and get his books at the following links: