← Teaching Fail, a poem
Human Kind and Baboons – The Death of the Alpha Male →

Describing the Future? Keep the Suits.

Today is that day when Back to the Future II would have supposedly taken place and everyone’s talking about what things it predicted actually came true.
Apart from the fact that I’m sure nobody really expected hoverboards to be around (and I don’t consider what has been tested so far to be anything like the images in the movie) I know nobody really believed anyone would dress up like Griff and his buddies. 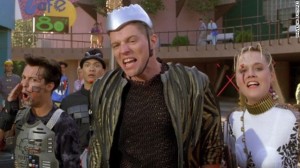 If there is one thing we can predict about the future, it’s that folks will be as conservative as we are, as our parents were, when it comes to clothing. At least in some spheres.

In fact, I suggest that science fiction writers stop wasting brain power on inventing new clothes. We’ll be strangled by shirts and ties for another century I’m sure.

I hate suits and ties  – anyone who knows you can testify – and would love us all to wear the gear they have on Star Trek. But there doesn’t seem to be any getting away from them – even I have had to don a suit for work, just to “look good.”  And I can’t see us getting away from it any time soon.

While many things are different now from the past, our clothes are remarkably similar.

When horses were used instead of tanks, never mind drones, the folks telling us we are at war are wearing the same suits.

When Alexander Graham Bell (that’s him in the photo) sat down to make the first telephone call, he was wearing a shirt and tie pretty much the same as that worn today by the dude on his smart phone,selling your pension fund to make himself another million. 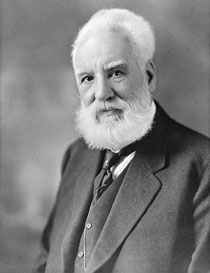 The wright brothers, apart from the caps, are wearing the same shit as the Apollo 11 crew. 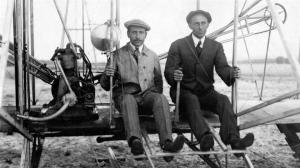 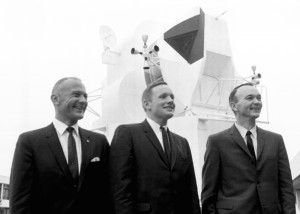 And they’re still wearing that getup. 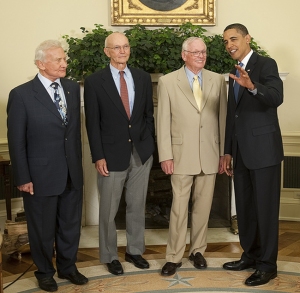 So while we might one day have hoverboards, or actually fly to mars and set up house there, you can bet your ass the martian pilots will have packed a shirt and tie.

← Teaching Fail, a poem
Human Kind and Baboons – The Death of the Alpha Male →